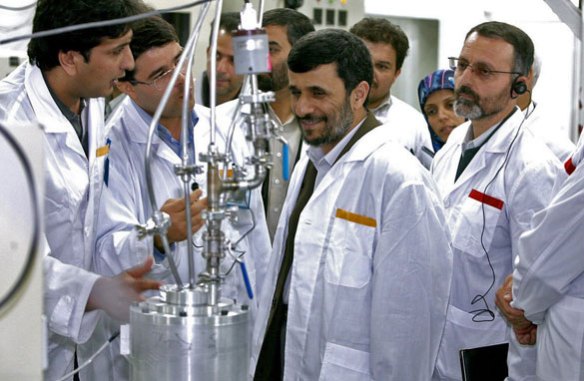 A return to the table, as the Western allies tighten sanctions over what they say is Tehran’s programme to develop nuclear weapons, had been in doubt after Iran and the P5+1 countries – the United States, Britain, France, Russia, China and Germany – released conflicting statements about the venue.

Tehran had earlier voiced concerns about holding talks in Turkey, whose opposition to Iranian ally President Bashar al-Assad in Syria has angered the Islamic Republic.

Fars also said the sides had agreed to a second round of talks in Baghdad if there was progress in Turkey.

A senior U.S. official said that getting Iran to suspend high-level uranium enrichment and close a nuclear facility built deep under a mountain near the holy city of Qom are “near-term priorities” for the United States and its allies.

The New York Times said the United States and other Western nations planned to demand Iran immediately close and ultimately dismantle the Fordow facility and also would call for a halt in the production of 20-percent enriched uranium.

The U.S. official told Reuters “20 percent and closing Fordow are near-term priorities” for the Obama administration and its international partners in dealing with Iran.

An Iranian official rejected any demand that Iran suspend enrichment of uranium to 20 percent and close the Fordow site.

“We see no justification for such a request from the P5+1,” the head of Iran’s atomic energy organization, Fereydoun Abbasi-Davani, told the Iranian student news agency.

Iran says its nuclear programme is for power generation and producing isotopes for medical purposes, but the U.N. Security Council has demanded a full suspension of enrichment, both to the 20 percent and the 3.5 percent level.

Iran has enough 3.5 and 20 percent-enriched uranium for around four bombs if the material is refined further to about 90-percent purity, Western experts say.

Earlier on Sunday, Israel, which has also demanded an end to all enrichment and has threatened attacks on its arch-foe’s nuclear facilities if diplomacy fails, signaled it would accept, as a first priority, the Western powers focusing on stopping 20-percent enrichment.

“We told our American friends, as well as the Europeans, that we would have expected the threshold for successful negotiations to be clear, namely that the P5+1 will demand clearly that – no more enrichment to 20 percent,” Israeli Defence Minister Ehud Barak said in an interview with CNN’s Fareed Zakaria GPS to be aired on Sunday.

In Israel, Prime Minister Benjamin Netanyahu said: “We saw in the past Iran has used the talks to try and delay and mislead the West, so the demands must be clear.

“One, to end all enrichment of uranium, both 20 percent and 3 percent, secondly to take the enriched material out of Iran – it is possible to provide them with alternative material for peaceful purposes – and thirdly the illegal installation in Qom must be dismantled.”

While Iran says it has a right to peaceful nuclear technology, it has at times appeared more flexible regarding 20 percent enrichment, which it began in early 2010, and some experts say that initially getting Iran to stop this higher-grade work could open a way to ease the deadlock.

It is not clear what Iran would expect in return, but an easing of some of the sanctions, which include an oil embargo by the European Union, might be among them.

There was scant encouragement from Iran to signal it was ready for concessions.

In an address on Iran’s annual day to celebrate its nuclear achievements, President Mahmoud Ahmadinejad warned Western powers that Iran would continue to pursue its swift scientific progress.

“The nuclear industry is like a locomotive that can carry other industries along with it. It is like the space industry that has raised tens of sub-industries under it and it is clear that we must continue on this path,” the Iranian state news agency quoted him as saying.

(Additional reporting by Allyn Fisher-Ilan; Writing by Will Waterman; Editing by Giles Elgood)