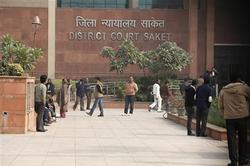 By Annie Banerji and Suchitra Mohanty

NEW DELHI (Reuters) – Five Indian men were formally charged in court on Thursday with the gang rape and murder of a physiotherapy student in a case that has generated widespread anger about the government’s inability to prevent violence against women.

The December 16 attack on the 23-year-old student and a male companion provoked furious protests close to the seat of government in New Delhi and has fuelled a nationwide debate about the prevalence of sexual crime in India, where a rape is reported on average every 20 minutes.

The woman died of her injuries in hospital in Singapore, where she had been taken for treatment, on Saturday.

The five are accused of assaulting the woman on a bus in New Delhi, leaving her with such severe injuries that she died two weeks later. They were not present in court.

A sixth accused is under 18 and is due to be tried separately in a juvenile court.

The father of the woman said earlier he backed the chorus of calls for those responsible to be executed.

“The whole country is demanding that these monsters be hanged. I am with them,” the father told reporters in his home village of Mandwara Kalan in Uttar Pradesh state. The woman was born in the village but the family later moved to New Delhi.

She has not been identified and nor have members of her family, in accordance with Indian law.

In a sign of the depth of feeling surrounding the case, the bar association at the court said none of its members was willing to represent the accused. The court is expected to assign a defense lawyer for the men.

Advocates dressed in black robes protesting outside the court called for fast justice. In the northern state of Kashmir, school girls marched with black ribbons over their mouths and demanded harsh punishment for the accused.

The case is due to be processed by a new, fast-track chamber set up in response to the crime.

While the fast-track procedure has broad support, many lawyers worry new that legislation written in haste could be unconstitutional and oppose introducing the death penalty for rape.

“A swift trial should not be at the cost of a fair trial,” Chief Justice Altamas Kabir said on Wednesday.

Police have said the accused have admitted to torturing and raping the student “to teach her a lesson”. She fought back and bit three of them, a police source told Reuters, and the bite marks are part of the evidence against them.

After throwing her from the private bus, the driver tried to run the victim over but she was pulled away by her companion, a senior police official told Reuters.

Police have prepared a dossier of evidence and charges against the accused, which is believed to run to 1,000 pages, including testimony from the woman’s friend who survived the hour-long attack and a man who said he was robbed by the same gang prior to the rape.

Days of protests in New Delhi and other cities followed the attack. Many of the protesters have been students, infuriated by what they see as the failure of the government to protect women.

In the northeastern state of Assam on Wednesday, village women beat a politician and handed him to police for what they said was the attempted rape of a woman, police said. Anti-rape protests have also broken out in neighboring Nepal.

The government has set up two panels headed by retired judges to recommend measures to ensure women’s safety. One of the panels, due to make recommendations this month, has received some 17,000 suggestions from the public, media reported.

A review of India’s penal code, which dates back to 1860, was presented to parliament last month, before the attack, and widens the definition of rape, another demand of activists.

That bill is now likely to be revised further, with chemical castration and the death penalty in rape cases among proposals under consideration.

“We want the laws to be amended in such a stringent way that before a person even thinks of touching a girl, he should feel chills down his spine,” said lawyer Suman Lata Katiyal, protesting at the south Delhi courthouse.

Hanging is only allowed in the “rarest of rare” cases according to a 1983 Supreme Court ruling. It was used for the first time in eight years in November when the lone surviving gunman from a 2008 militant attack on Mumbai, Mohammad Ajmal Kasab from Pakistan, was executed.