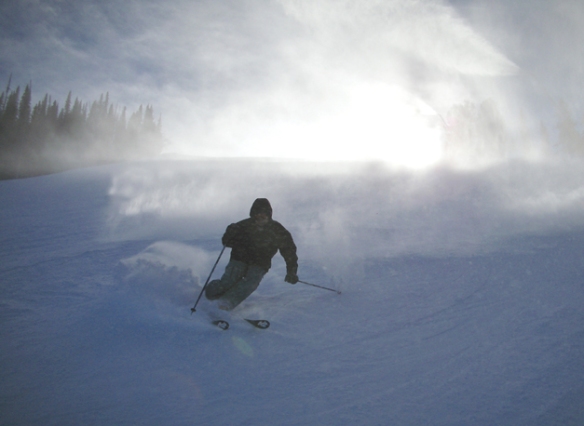 ‘I, Putin’: An Inside Look at Russia’s Aging, Lonely Leader

By Markus Brauck and Matthias Schepp

The world is used to macho images of Vladimir Putin hunting bears, harpooning whales or fly-fishing. A German documentary filmmaker was recently granted unprecedented access to the Russian prime minister. And he found a lonely, aging and surprisingly likeable man.

Two men aren’t speaking to each other at the moment. One is Vladimir Putin, Russia’s strongman prime minister, and the other is Hubert Seipel, a German documentary filmmaker. They have just had a friendly chat for the cameras in a very telegenic scene shot in a government limousine as it rushes through cordoned-off streets in Moscow.

Putin is in a cheerful mood and smiles a lot. But then the interview stalls and the conversation suddenly grinds to a halt, leaving nothing but silence against the backdrop of buildings rushing by in the Russian capital. Putin gazes out the window with a tense look, pressing his lips together. Seipel touches his chin. Both men look uncomfortable.

The scene only lasts a few seconds, and Seipel will only use it for the extended version of his film. But it shows perfectly how difficult it is for these two men — who have nothing in common apart from the film — to suddenly speak to each other on relatively intimate terms. Seipel’s attempts to somehow get closer to Putin are exhausting for them both.

It is the first of several lengthy interviews that Seipel conducted with the most powerful man in Russia for his film “I, Putin,” which will air on Germany’s ARD public television network on Feb. 26 at 10:45 p.m. Each is performing a difficult balancing act. Both men attempt to use the feeling of intimacy created by the interview for their benefit, and yet each of them also knows that the other is doing so as well.

A Rare Glimpse Behind the Scenes

The powerful Russian politician has never been the subject of such an intimate portrayal on film, and certainly not from the perspective of a Western journalist who can edit the footage as he sees fit. Putin normally doesn’t let journalists get too close to him. For him, journalists are nothing but vicarious agents for his elaborate propaganda productions, in which he is often shown posing in Formula 1 cars or fighter jets.

The Kremlin media pool, a group of more than two dozen handpicked journalists, accompanies Putin during his public appearances. The journalists often spend hours playing billiards at his residence outside Moscow while waiting for the chronically late Putin. Some of them were clearly jealous when the premier decided to grant such unprecedented access to Seipel, giving interviews in which nothing was off-limits except Putin’s private life.

The filmmaker manages to establish considerable intimacy with the prime minister, who is aiming to once again become president, but without being taken in by him. He also manages to break through the façade that Putin might have been hoping to present. Putin plays the tough guy, while Seipel shows that there is a certain weakness and sadness to always having to play this role.

It took Seipel two-and-a-half years to prepare for this film. He wrote inquiries to the Kremlin press office, while at the same time using a second, private connection to someone who enjoys Putin’s confidence. For two years, nothing happened. But then Putin invited Seipel to pay him a visit.

Seipel is an experienced political filmmaker. He has made dozens of documentaries on complex issues, from the war in Kosovo to the bribery scandal at Volkswagen uncovered in 2005. He has won the Adolf Grimme Award, a prestigious TV prize, and the German Television Award.

Though he didn’t take Seipel seriously at first, Putin gradually came to accept the idea of the film. The documentary itself is a departure from the official images we are all too familiar with. Instead, it offers a look behind the scenes of power and addresses the question of what exactly it is like to be Vladimir Putin.

The scenes that Seipel compiles offer a clear answer: It’s lonely. In one scene, Putin is shown practicing ice hockey alone at night in an empty arena. In another, he is at the pool in the morning, accompanied only by his black Labrador retriever Koni, who licks the prime minister’s face. Then, there is Putin playing ice hockey at night, this time with a team made up of his bodyguards playing against Dmitry Medvedev’s bodyguards, though without the Russian president. During a break, Putin is shown sitting by himself, looking old and exhausted. And there is Putin walking to a cabinet meeting — also alone. Indeed, no matter where he is — even on a manly hunting trip with friends in remote Siberia — there is always something of a security buffer around him, leaving Putin to always sit by himself.

The premier tries to portray himself as a fit 59-year-old, vigorous and manly, the virile opposite of his predecessor as president, the flabby drinker Boris Yeltsin. This is, after all, the deeper purpose of all the staged images of Putin hunting bears or fly-fishing we are so familiar with.

But in Seipel’s film, this no longer comes across as virile but, rather, as exhausting and joyless. Seipel presents an image of a man stubbornly fending off physical decline. This is especially obvious when the staged effort is a failure. For example, there is the scene in which a young woman knocks Putin on his back during a judo match at his old club in St. Petersburg. Putin is clearly unable to accept defeat, feeling instead compelled to avenge himself immediately by viciously throwing her onto the mat.

Usually Heavy-Handed with the Media

Seipel says that Putin “wants to be understood, but he can’t understand why we don’t understand him.” With his film, Seipel is mainly interested in Putin’s psychology. There is a telling moment when Putin is asked why he went in for judo in his youth. It was a “tool,” he replies, “to assert my position in the pack.”

In Seipel’s film, Putin is a street kid — clever and brutal, if necessary — who has made it to the top and yet still doesn’t fit in with the elite. On the evening of the gala reopening of the Bolshoi Theater in Moscow, Medvedev is seen in the czar’s box, high above the wealthy denizens of the Russian capital sitting in the orchestra seats below. And what is Putin doing? He is alone practicing in the ice rink hitting the puck.

Putin usually doesn’t think much of journalists. “He has a penchant for conspiracy theories and believes that every journalist can be bought,” says Nikolai Svanidze, a historian and well-known Russian TV journalist. When the premier summoned the most influential top editors to his office a month ago, he reprimanded Alexei Venediktov, the editor-in-chief of the critical but influential news and talk radio station Echo Moscow, for “pouring shit over me from morning till evening.” On Tuesday, Feb. 14, the station’s board of directors ousted Venediktov in response to pressure from the Kremlin.

Putin pretends to be open-minded, knowing that he can’t treat a German television reporter the same way. But in some interviews with Seipel, he clearly seems annoyed by the never-ending questions about the West’s criticism of his policies, saying curtly: “We already talked about that.”

Putin ensnared the filmmaker in his own way. Though never chummy, he did indicate that he liked Seipel, sometimes spontaneously inviting him to spend several hours with him over dinner, though without the cameras. “Politically speaking, he’s light-years away from me,” Seipel says. “It also took me a while to gradually understand what makes him tick. Still, I can’t say that I disliked him as a human being.”

On one occasion, Putin has his convoy stop somewhere outside Moscow and waved to Seipel and his cameraman to get out of their car and follow him. He said he wanted to show them something special and led them along a narrow path to his private chapel, where he told them about his faith and how his mother had secretly had him baptized. The temptation to focus on these images of a very private Putin must have been tremendous. But Seipel felt that the scene was too private, so he simply left it out of his film.

Translated from the German by Christopher Sultan