Pyongyang, April 10 (KCNA) — One year has passed since the dear respected Kim Jong Un was elected first secretary of the Workers’ Party of Korea and first chairman of the National Defence Commission of the DPRK.

The whole world extended warmest congratulations to him upon hearing the news of the Fourth Conference of the WPK and the Fifth Session of the 12th Supreme People’s Assembly of the DPRK. END_OF_DOCUMENT_TOKEN_TO_BE_REPLACED

Pyongyang, April 5 (KCNA) — The March 30 special statement of the government, political parties and organizations of the DPRK declared the firm stance that the north-south relations would be put at the state of war and all the issues arousing between the north and the south be dealt with according to the wartime regulations.

Rodong Sinmun in a bylined article says this on Friday.
END_OF_DOCUMENT_TOKEN_TO_BE_REPLACED

Pyongyang, April 5 (KCNA) — The decisive battle with the U.S. imperialists and their followers will be a patriotic sacred war of justice based on the truth that the DPRK cannot co-exist with the aggressors keen on bringing it down and daring hurt the supreme dignity, the whole of the life and soul of its army and people.

Minju Joson Friday says this in a bylined commentary.

The nearly 70 year-long moves of the U.S. to antagonize the DPRK are unheard-of ones in their persistency and cruelty, the news analyst says, and goes on:

The U.S. has persisted in its moves to ignite a war against the DPRK for over 60 years after suffering a bitter defeat in the June 25 Korean war started by it to stifle the DPRK in its cradle.

The U.S. is pushing forward in the practical phase the moves for unleashing a nuclear war against the DPRK, taking issue with it over its satellite launch for peaceful purposes and nuclear test for self-defence.

The south Korean puppet forces are daring hurt the national treasure of Songun Korea, a crystal of the profound reverence and pure loyalty of all its service personnel and people. END_OF_DOCUMENT_TOKEN_TO_BE_REPLACED

Pyongyang, April 5 (KCNA) — The Nigerian National Committee for the Study of the Juche Idea posted on its website on March 26 the detailed gist of the conclusion made by the dear respected Kim Jong Un at the national meeting of light industrial workers.

The work, published on March 18, Juche 102 (2013), indicates the principal tasks to be held fast to in the field of the light industry and clarifies the ways for bringing about a fresh turn in developing the light industry. 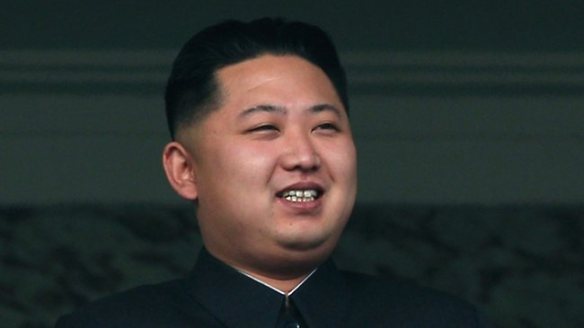 Those Who Hurt Dignity of DPRK’s Supreme Leadership Will Not Survive: CPRK Spokesman

Pyongyang, March 26 (KCNA) — A spokesman for the Committee for the Peaceful Reunification of Korea (CPRK) released the following statement Tuesday:     The south Korean puppet military hooligans already drafted a plan for mounting precision missile strikes at monuments praying for the immortality of leaders and praising them, symbols of the dignity of the supreme leadership of the DPRK, in Pyongyang and other major cities in the DPRK, according to the March 25 issue of Chosun Ilbo.     The die-hard military gangsters were reported to have worked out the “list of targets” based on precision analysis through satellite photos and others, saying that the destruction plan can have serious psychological impact on the people in the north.     Touching on this, a person concerned of the puppet government said he knows the military has envisaged attacking statues with air-to-ground and ground-to-ground missiles.     This thrice-cursed scheme deserves divine punishment.      END_OF_DOCUMENT_TOKEN_TO_BE_REPLACED

Hostile Forces Should Not Misjudge DPRK’s Will to Annihilate Enemies: DFRK Chairman

Pyongyang, April 3 (KCNA) — The chairman of the Central Committee of the Democratic Front for the Reunification of Korea (DFRK) released a statement on Wednesday.

The statement said: I fully support the resolute and patriotic important decision made by the dear respected Marshal Kim Jong Un to defend the dignity and sovereignty of the country and the decision adopted at the March, 2013 plenary meeting of the Central Committee of the Workers’ Party of Korea and will work hard to put them into practice.

The U.S. imperialists and the south Korean military warmongers’ madcap war exercises aimed to ignite a nuclear war against the DPRK has entered the practical step, after going beyond the danger line, the statement said, and went on: END_OF_DOCUMENT_TOKEN_TO_BE_REPLACED

On April 2, 2013, Vice Foreign Minister Zhang Yesui gave an interview to Xinhua on the current situation on the Korean Peninsula. Zhang said China has been paying close attention to the tense situation on the Korean Peninsula over the recent period of time, as the development of the situation is closely related to the stability of China’s neighboring countries. “I have met with ambassadors of relevant countries to China and expressed our serious concern over the current situation,” he said.

“The Chinese side is always committed to achieving denuclearization as well as maintaining peace and stability on the Korean Peninsula, and advocates solving the problem through dialogue and consultation,” he said. “We don’t want to see any warfare or chaos on the Peninsula. We oppose any side making provocative statement or doing anything that undermines peace and stability on the Peninsula and in the region,” Zhang told Xinhua.

China strongly urges all parties to keep calm and restrained, avoid provocation and refrain from taking any risky action that deteriorates the situation, Zhang said. “We urge all parties to bear in mind the overall and long-term interests, adhere to the objective of achieving denuclearization on the Peninsula, actively carry out dialogues and make contacts, move to change the situation, and jointly safeguard peace and stability on the Peninsula,” he said.

Russia cautioned against aggressive posturing in response to increasingly bellicose North Korean rhetoric on Friday, saying that it could spiral into violence. 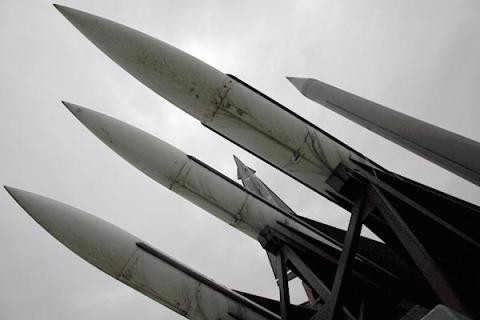 The North Korean army said Wednesday that it had received approval to launch a “merciless” attack on the United States, including possible nuclear strikes.

WASHINGTON, April 3 (RIA Novosti) – The North Korean army said Wednesday that it had received approval to launch a “merciless” attack on the United States, including possible nuclear strikes. END_OF_DOCUMENT_TOKEN_TO_BE_REPLACED

North Korea pledged on Tuesday to restart facilities at its Yongbyon nuclear complex, including a uranium enrichment plant and a reactor, in a move likely to further ratchet up tensions in the region. END_OF_DOCUMENT_TOKEN_TO_BE_REPLACED