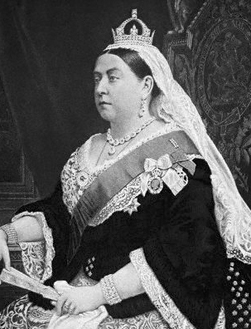 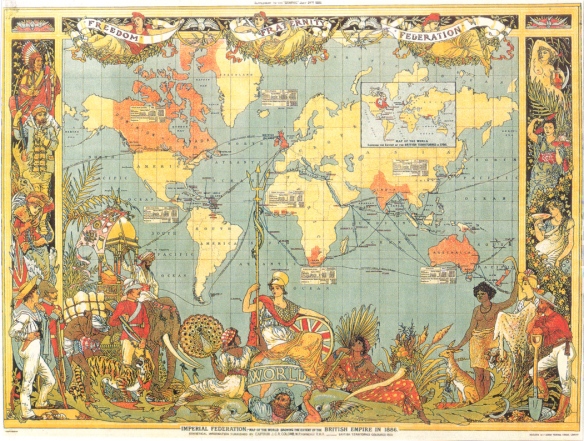 [Tappan Introduction] THE PRINCE OF WALES, afterwards King Edward VII, paid a visit to India as a mark of honor to the native princes who had aided the English in their efforts to govern the land. This visit was followed by Queen Victoria’s assumption of the title of Empress of India.

IN the autumn of 1876 preparations were commenced for the “Imperial Assemblage,” which it was announced by the Viceroy would be held at Delhi on the first day of January, 1877, for the purpose of proclaiming to the Queen’s subjects throughout India the assumption by Her Majesty of the title of “Empress of India.” To this assemblage Lord Lytton further announced that he proposed “to invite the governors, lieutenant-governors, and heads of administration from all parts of the Queen’s Indian dominions, as well as the princes, chiefs, and nobles in whose persons the antiquity of the past is associated with the prosperity of the present, and who so worthily contribute to the splendor and stability of this great empire.”

Delhi was selected as the place where the meeting between the Queen’s representative and the great nobles of India could most appropriately be held, and a committee was appointed to make the necessary arrangements. As a member of the committee I was deputed to proceed to Delhi, settle about the sites for the camps, and carry out all details in communication with the local authorities. The Viceroy impressed upon me that the assemblage was intended to emphasize the Proclamation Lord Canning issued eighteen years before, by which the Queen assumed the direct sovereignty of her Eastern possessions, and that he wished no trouble or expense to be spared in making the ceremony altogether worthy of such a great historical event.

I returned to Simla in October, when my wife and I accompanied the commander-in-chief on a very delightful march over the Jalauri Pass through the Kulu Valley to Chamba and Dalhousie. Our party consisted of the chief, his doctor (Bradshaw), Persian interpreter (Moore), General and Mrs. Lumsden, and ourselves. The first slight shower of snow had just fallen on the Jalauri Pass, and as we crossed over we disturbed a number of beautiful snow-pheasants and minals busily engaged in scratching it away to get at their food. The scenery on this march is very fine and varied; for the most part the timber and foliage are superb, and the valleys are very fertile and pretty, lying close under the snow-capped mountains. Having inspected the “Hill stations,” we proceeded to Peshawar, where the Viceroy had arranged to hold a conference with the lieutenant-governor of the Punjab and the commissioner of Peshawar about frontier affairs.

Early in December I was back again at Delhi, where I found the arrangements for the several camps progressing most satisfactorily, and canvas cities rising up in every direction. I had previously chosen the site of the old cantonment for the camps of the Viceroy, the commander-in-chief, and the principal officials, while for the assemblage itself I had selected ground about three miles off.

The chiefs and princes were all settled in their several camps ready to meet the Viceroy, who, on his arrival, in a few graceful words welcomed them to Delhi, and thanked them for responding to his invitation. He then mounted with Lady Lytton, on a state elephant, and a procession was formed, which, I fancy, was about the most gorgeous and picturesque which has ever been seen, even in the East. The magnificence of the native princes’ retinues can hardly be described; their elephant-housings were of cloth of gold, or scarlet-and-blue cloths embroidered in gold and silver. The howdahs were veritable thrones of the precious metals, shaded by the most brilliant canopies, and the war-elephants belonging to some of the Central India and Rajputana chiefs formed a very curious and interesting feature. Their tusks were tipped with steel; they wore shields on their foreheads, and breastplates of flashing steel; chain-mail armor hung down over their trunks and covered their backs and sides; and they were mounted by warriors clad in chainmail, and armed to the teeth. Delhi must have witnessed many splendid pageants, when the Rajput, the Moghul, and the Mahratta dynasties, each in its turn, was at the height of its glory; but never before had princes and chiefs of every race and creed come from all parts of Hindustan, vying with each other as to the magificence of their entourage, and met together with the same object, that of acknowledging and doing homage to one supreme ruler.

The next few days were spent by Lord Lytton in receiving the sixty-three ruling princes of India according to the strictest etiquette. Each prince, with his suite, was met at the entrance to the camp, and conducted up the street to the durbar tent by mounted officers, the salute to which he was entitled being fired while the procession moved on. He was then presented by the Foreign Secretary to the Viceroy, who placed him on a chair on his right, immediately below a full-length portrait of Her Majesty. A satin banner, richly embroidered with the chief’s armorial bearings surmounted by the imperial crown, was next brought in by Highland soldiers and planted in front of the throne, when the Viceroy, leading the particular chief towards it, thus addressed him: “I present Your Highness with this banner as a personal gift from Her Majesty the Queen, in commemoration of her assumption of the title of Empress of India. Her Majesty trusts that it may never be unfurled without reminding you not only of the close union between the throne of England and your loyal and princely house, but also of the earnest desire of the paramount power to see your dynasty strong, prosperous, and permanent.”

His Excellency then placed round the chief’s neck a crimson ribbon, to which was attached a very handsome gold medal with the Queen’s head engraved on it, adding: “I further decorate you, by command of Her Majesty. May this medal be long worn by yourself and long kept as an heirloom in your family in remembrance of the auspicious date it bears.”

The first of January, 1877, saw the Queen proclaimed Empress of India. The ceremony was most imposing, and in every way successful. Three tented pavilions had been constructed on an open plain. The throne-pavilion in the center was a very graceful erection, brilliant in hangings and banners of red, blue, and white satin magnificently embroidered in gold with appropriate emblems. It was hexagonal in shape, and rather more than two hundred feet in circumference. In front of this was the pavilion for the ruling chiefs and high European officials, in the form of a semicircle eight hundred feet long. The canopy was of Star of India blue-and-white satin embroidered in gold, each pillar being surmounted by an imperial crown. Behind the throne was the stand for the spectators, also in the form of a semicircle divided in the middle, and likewise canopied in brilliant colors. Between these twoblocks was the entrance to the area.

Each chief and high official sat beneath his own banner, which was planted immediately behind his chair, and they were all mixed up as much as possible to avoid questions of precedence, the result being the most wonderful mass of color, produced from the intermingling of British uniforms and plumes with gorgeous Eastern costumes, set off by a blaze of diamonds and other precious stones.

All the British troops brought to Delhi for the occasion were paraded to the north, and the troops and retainers belonging to the native chiefs to the south, of the pavilion. Guards of honor were drawn up on either side of the throne, and at each opening by which the ruling chiefs were to enter the pavilion.

The guests being all seated, a flourish of trumpets by the heralds exactly at noon announced the arrival of the Viceroy. The military bands played a march, and Lord Lytton, accompanied by Lady Lytton, their daughters, and his staff, proceeded to the pavilion. His Excellency took his seat upon the throne, arrayed in his robes as Grand Master of the Star of India, the National Anthem was played, the guards of honor presented arms while the whole of the vast assemblage rose as one man. The chief herald was then commanded to read the proclamation. A flourish of trumpets was again sounded, and Her Majesty was proclaimed Empress of India.

When the chief herald had ceased reading, the royal standard was hoisted, and a salute of one hundred and one salvos of artillery was fired, with a feu-de-joie from the long line of troops. This was too much for the elephants. As the feu-de-joie approached nearer and nearer to them, they became more and more alarmed, and at last scampered off, dispersing the crowd in every direction. When it ceased, they were quieted and brought back by their mahouts, only to start off again when the firing recommenced; but, as it was a perfectly bare plain, without anything for the great creatures to come in contact with, there was no hatm done beyond a severe shaking to their riders. As the sound of the last salvo died away, the Viceroy addressed the assemblage. When he had ceased speaking, the assembly again rose en masse and joined the troops in giving several ringing cheers.

His Highness the Maharaja Sindhia then spoke as follows: “Shah in Shah Padishah. May God bless you. The princes of India bless you, and pray that your sovereignty and power may remain steadfast forever “

Sir Salar Jung rose in behalf of the boy Nizam and said: “I am desired by His Highness the Nizam to request Your Excellency to convey to Her Majesty, on the part of himself and the chiefs of India, the expression of their hearty congratulations on the assumption of the title of Empress of India, and to assure the Queen that they pray for her, and for the enduring prosperity of her Empire, both in India and England.”

The Maharajas of Udaipur and Jaipur, in the name of the United Chiefs of Rajputana, begged that a telegram might be sent to the Queen, conveying their dutiful and loyal congratulations; and the Maharaja of Kashmir expressed his gratification at the tenor of the Viceroy’s speech, and declared that he should henceforth consider himself secure under the shadow of Her Majesty’s protecting care.

It is difficult to overrate the political importance of this great gathering. It was looked upon by most of the ruling chiefs as the result of the Prince of Wales’s visit, and rejoiced in as an evidence of Her Majesty’s increased interest in, and appreciation of, the vast Empire of India with its many different races and peoples.

Scanned by Jerome S. Arkenberg, Cal. State Fullerton. The text has been modernized by Prof. Arkenberg.

This text is part of the Internet Indian History Sourcebook. The Sourcebook is a collection of public domain and copy-permitted texts for introductory level classes in modern European and World history.