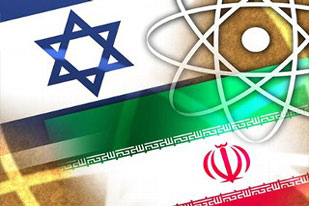 VIENNA (Reuters) – Arab states and Israel plan to attend a rare round of talks next week on efforts to free the world of nuclear weapons but Iran has yet to say whether it will take part, diplomats said on Wednesday.

The November 21-22 forum, hosted by the International Atomic Energy Agency in Vienna, is seen as symbolically significant bid to bring regional foes together at the same venue, even though no concrete outcome is expected.

If conducted smoothly with relatively toned-down rhetoric on all sides, it could send a positive signal ahead of a planned international conference next year on ridding the Middle East of nuclear and other weapons of mass destruction.

I don’t think it is going to achieve a tangible result,” a Western diplomat told Reuters.

An Arab envoy said he and others would probably mention Israel’s assumed nuclear arsenal in their statements, but would not include anything “that would create polarization” in the meeting room.

“We expect to pinpoint the issues that could be an obstacle or impediment to establishing a nuclear free zone in the Middle East and possibly how to deal with them,” the envoy said.

“Everybody knows that the Israeli nuclear capabilities are a big obstacle in this endeavor,” the Arab diplomat said in comments that may irritate Israel.

Israel is widely believed to have the Middle East’s only nuclear arsenal, and faces frequent Arab and Iranian condemnation.

Israel and the United States regard Iran as the region’s main nuclear threat, accusing Tehran of trying to develop an atomic bomb in secret. An IAEA report last week added weight to those allegations which Iran denies.

Next week’s discussions, convened by IAEA chief Yukiya Amano, will focus on the experiences of regions which have set up Nuclear-Weapons-Free Zones (NWFZ), including Africa and Latin America.

IAEA member states decided in 2000 to hold the meeting but it has taken this long for the parties involved to agree on the agenda and other issues.

All 151 IAEA member countries have been invited to the talks, to be chaired by senior Norwegian diplomat Jan Petersen, but Middle East envoys will take center stage.

“The forum will consider the experience of five NWFZs and two regional verification arrangements and discuss the potential relevance of such experience to the creation of a NWFZ in the Middle East,” the IAEA said in a statement.

Diplomats said Israel and Arab states had accepted the invitation but that there had as yet been no word from Iran, which in September said it saw no justification for such a meeting now and took a swipe at arch-enemy Israel.

Israel, the only Middle East country outside the nuclear Non-Proliferation Treaty (NPT), has never confirmed or denied having nuclear weapons under a policy of ambiguity to deter numerically superior foes.

It says it would only join the treaty if there is a comprehensive Middle East peace with its longtime Arab and Iranian adversaries. Israel would have to renounce nuclear weaponry if it signed the 1970 agreement.

The idea for that conference came from Egypt, which pushed for a meeting with all states in the Middle East to negotiate a treaty that would establish a nuclear arms-free zone.

Washington’s commitment will be key to the success or failure of next year’s talks, Western diplomats say, as it is the only state that can persuade Israel to attend.

The Arab envoy and others said setting up this kind of zone in the Middle East would not happen any time soon.

“It is very distant. It is a very complicated issue. There is a lot of mistrust among the parties,” the envoy told Reuters.