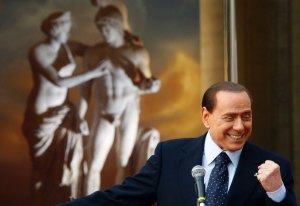 With or Without Him:Why Berlusconi’s Departure Is Making Markets Nervous

Last week, everyone was insisting that the departure of Prime Minister Silvio Berlusconi would calm markets. On Wednesday, it became apparent that the opposite was true. After all, what comes next might be worse.

Be careful what you wish for. That would seem to be the lesson from the events of the last several days in Rome. Both European Union leaders and markets had been exerting intense pressure on Italian Prime Minister Silvio Berlusconi to resign in recent weeks. Yet now that he has indicated a willingness to step aside, the uncertainty seems greater than ever. END_OF_DOCUMENT_TOKEN_TO_BE_REPLACED