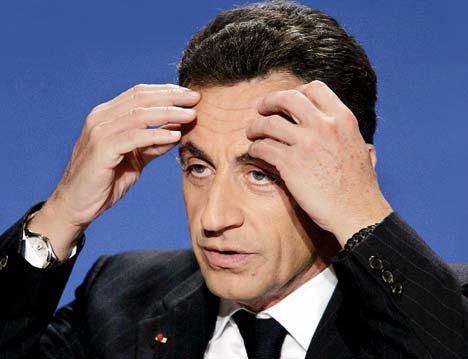 By Mathieu von Rohr in Paris

Nicolas Sarkozy is unpopular because he has behaved more like an upstart than a president. He’s trying to get re-elected, claiming to have changed, but it might be too late. The French people prefer his Socialist opponent François Hollande, who would bring change to France and upheaval to Europe.

Once again, Nicolas Sarkozy and his people are not on speaking terms. Visiting a huge construction site for a soccer stadium in Nice, he marches over the rubble in his dark-blue suit and dark-blue tie, feet spread wide apart in his strange, jerky gait. His face is waxen and wan. He appears tense. END_OF_DOCUMENT_TOKEN_TO_BE_REPLACED